News > News > Papercutting in the Saanenland

Cows on their way to the summer alp and typical wooden chalets cut out of black paper – the papercutting handicraft is a long-standing tradition in the Saanenland. 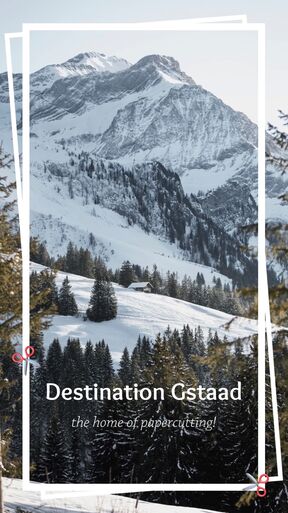 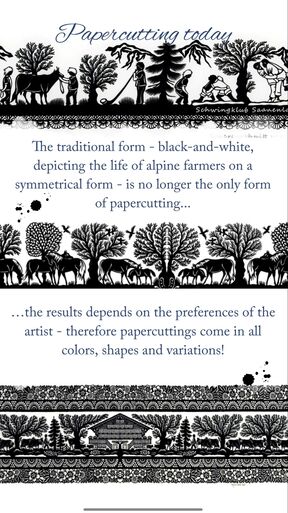 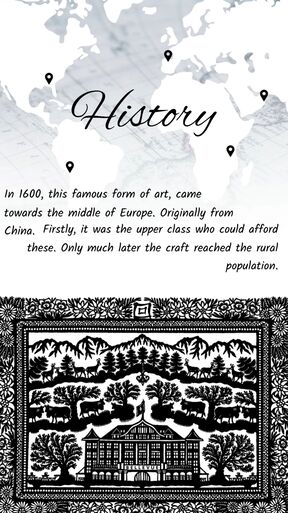 The region of Saanenland, Pays d'Enhaut and Simmental is known as the “home of papercutting” by insiders, because this is also where the "father of the Swiss papercutting" comes from. In the 19th century, Johann Jakob Hauswirth, a native of the region, was the first to make the now traditional black-and-white papercuts depicting everyday alpine life with his hands. Even today, Schwizgebel's depictions of cows on their way to the summer alp are widely known.

The history of papercutting

Originally from China, this form of art known as the papercutting handicraft came towards middle Europe in 1600 after a several hundred-year journey via Indonesia. At first, it was the upper class for whom the production of papercuttings was reserved and only much later did the craft reach the rural population, with whom it is mostly associated in today's Switzerland.

The traditional form – black-and-white, depicting the life of alpine farmers on a symmetrical form –is no longer the only form of papercutting. As in all kinds of art, the result depends on the preferences of the artist – therefore papercuttings come in all colors, shapes and variations.

One of the most well-known contemporary papercutting artists in Switzerland is Regina Martin. For almost 40 years, she has been papercutting wonderful pieces of art by hand from her atelier in Schönried in the Saanenland and giving courses. She is also president of the Swiss papercutting association in order to support her passion. Already as a child she was fascinated by this handicraft and got tips for this fine art from the local papercutting icon Christian Schwizgebel. Did you know the template for the underarm tattoo of the Swiss dialect pop singer Trauffer – depicting a papercutting – came from Regina Martin?

For more information about this traditional handicraft, visit www.gstaad.ch.