Cows adorned with flowers, Alphorn sounds and the smell of sawdust – summer in the destination Gstaad has many faces. The world of alpine authenticity is always captivating. Now in late summer, Gstaad and the surrounding villages show us their particularly traditional side. 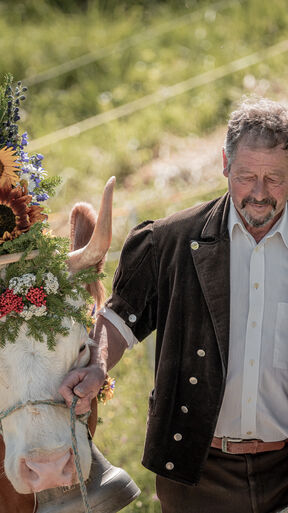 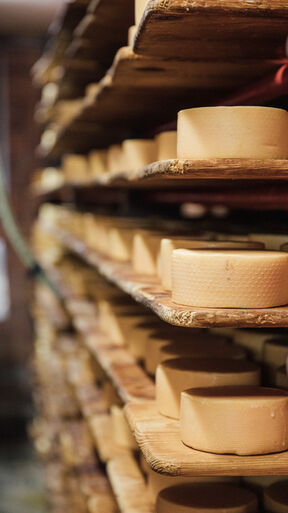 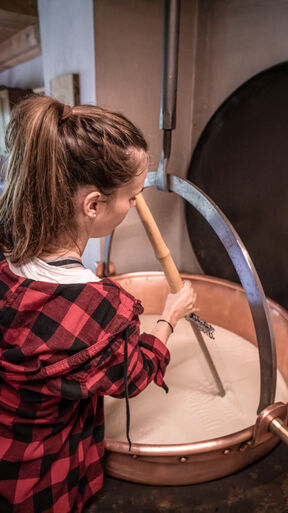 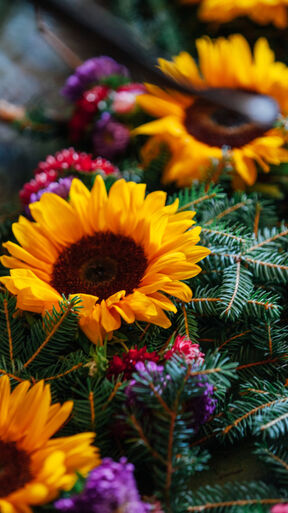 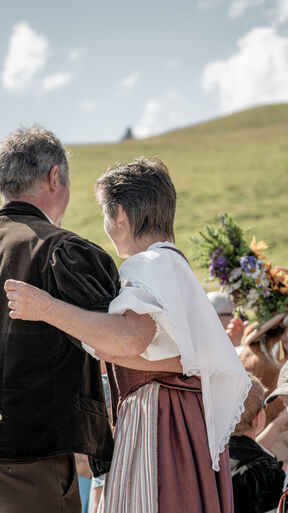 For the 7’000 inhabitants in the destination Gstaad there are 7‘000 cows – who would have thought that? In summer, the cheese is produced directly in the alps involving a lot of manual labour. The delicious cheese is still made in the copper pot over the crackling fire, just like it was done centuries ago. Mmmmh, we smell the tasty herbs when trying this regional specialty. Those who want to experience this first-hand, can reserve an overnight stay on the alp and watch professionals making the cheese in the morning. Many of the farming families sell their products directly on the farm. Sometimes, even in their own cosy alpine inns.

The alpine festival season is fully underway. One of the very special traditions is the “Suufsunntig”. On this day alpine farmers meet lots of guests – in addition to the guests, many locals also make their way up to the higher altitudes. There is eating, dancing, drinking and at the end the most beautiful cow is crowned. Oh, life in the mountains is simply wonderful! The event begins around 11 a.m. with food and beverages available in the festival tent, accompanied by the sounds of alphorns and yodeling. Sometimes, even a mountain sermon is held. With a glass of white wine, the afternoon gets especially lively – however, the highlight is still the awards ceremony for the winning cow. She is festively decorated and has her appearance later in the afternoon. On the Hornberg and the Gumm, the livestock auctions take place in August. As the name states, animals are auctioned off here. In addition to the business deals made, one cannot do without the traditional festival – Swiss folk music and a cheerful atmosphere. Curious? Here are the dates of the alpine festivals.

Colourfully decorated for the alpine procession

Autumn arrives early at the higher altitudes. That’s why the first farmers return to the valley with their decorated animals at the beginning of September. Impressive to look at! The cows are wearing the most beautiful bells, colourful floral arrangements adorn their heads. Sometimes we even discover a small pine tree amidst the works of art between the horns. The alpine procession is known as the “Züglete” by locals – basically all life is being moved back down into the valley. The Gstaad Züglete is taking place on 4 September. On this day, several farming families will be crossing the Gstaad Promenade. The alpine farmers are traditionally welcomed in the village by men carrying large bells and moving together in rhythm plus many spectators – a wonderfully colourful occasion. At the event, you can taste local specialties and stop by the many market stalls. The musical programme items are unfortunately missing this year, but the restaurants are looking forward to welcoming hungry guests. Mark this date in your calendar!

Seeing who is stronger on the mountain

Already been at a Swiss wrestling festival? Each year, the Swiss Wrestling Club Saanenland organises the “Hornberg Schwinget”. In addition to men competing with one another, the focus is on getting together and talking wrestling jargon. The smell of sawdust is always in the air. The highest situated Swiss wrestling festival in Switzerland always takes place at the end of August. The small, nice event is a great place to start for those new to Swiss wrestling. The wrestling competition starts at 10 a.m. – at larger Swiss wrestling festivals, spectators are already excitedly waiting in their seats before 8 a.m.

On 18 September, exhibitors in the village of Saanen get out their market stalls! In addition to the cheese specialties such as “hobel” or “alpine” cheese, handicrafts are also shown and sold. The petting zoo offers a highlight for young visitors. The Bernese Alpine Cheese Championships will take place in the destination Gstaad this year. On 19 September, the best alpine cheese specialties will be awarded in the Simmental Arena in Zweisimmen. Have fun discovering the traditional side of Gstaad!

Information on alpine authenticity can be found under www.gstaad.ch.